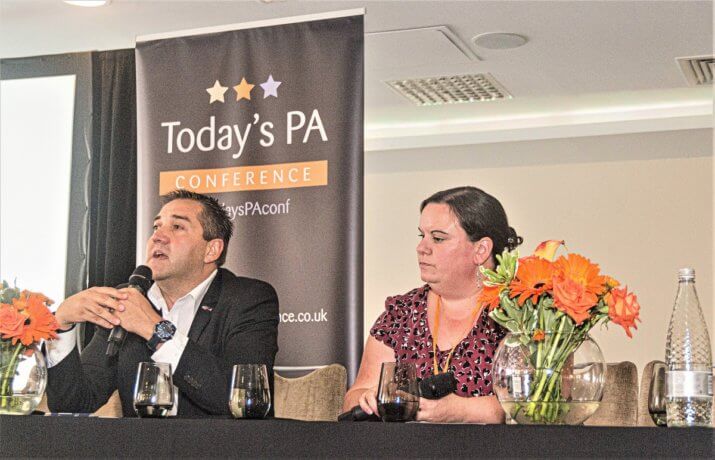 How Managers and their PAs Work Together 2019

If one clear theme emerged from this year’s Today’s PA Conference held in August, it was the importance of trust between a manager and their PA.  All of our speakers agreed that this was the vital ingredient needed in order to build (and maintain) a strong and effective partnership.

For our last session of the day, we invited Nigel Hare (Director of Operations at Devon Air Ambulance) and his EA, Catherine Moss-Crump to discuss the way they work together and what they feel goes into making a successful boss/PA relationship.

By way of giving us a little bit of background, Nigel explained that as part of the Senior Leadership Team, he was responsible for the day-to-day operational aspects of the organisation.  This ranged from dealing with aircraft and on-board equipment to overseeing the level of care provided to patients.  Originally, when first taking on this role, Nigel had worked with an admin pool but it soon became apparent that he needed dedicated 1-to-1 support.  As he hadn’t worked with a PA/EA before, he had to give some thought to what he would look for in an assistant and how they would work together.

The demands of the role meant he needed someone confident (but not over-confident) who would feel comfortable in challenging and evolving situations, and be able to create an almost instant rapport with other departments and Directors.  Nigel said that, from her first interview, Catherine was the stand-out candidate, quickly picking up on the priorities and values of the organisation, as well as understanding the challenges of his role.

Our delegates soon began asking questions.  Responding to one on how she had approached the interview, Catherine said that she had researched the work of the Devon Air Ambulance,  and tried to envisage what her role as EA would entail.  She also made sure she asked lots of questions, urging our PAs to do the same, saying, “remember that an interview is a two-way process.  Don’t be afraid to ask as many questions as you need to!”

Nigel said that in the four years they had worked together, their partnership had become, if anything, more collaborative.  Sitting next to each other made it easy to discuss any issues, and  working in an open plan office was an advantage as they were always aware of what was going on and so could respond quickly to any situation.

Asked how their working relationship had changed over those four years, Catherine said that it was continually evolving to keep up with the responsibilities and demands of their respective roles.

Nigel felt the level of trust had grown considerably over that time, meaning that Catherine now had a greater degree of autonomy and had become much more empowered in her role, promoting efficiencies within the department and fostering links with key outside stakeholders.

To round off the session, delegates asked what was the most important skill they had learned from each other.  This prompted some thought from both our guests!  Catherine felt that the main skill she had learned from Nigel was how to approach a situation, and, more importantly, when.  This was about assessing and understanding what was going on, and developing a “sixth sense” of when (and if) to intervene.  An essential soft skill for all PAs but one that only comes with knowledge and experience in the role.

Nigel said that he had learned how to understand the way he was feeling, to know when he needed to take a break for a few moments to clear his mind and come back to his desk refreshed.  He said that, however much he felt he needed to press on, sometimes it was essential to step back and identify any blocks in your thinking.

Asked for one last piece of advice, Catherine said that a major part of the PA/EA role is learning how your boss thinks – an ever-evolving challenge! – and keeping pace with the demands of their role.  This means taking a little time to review how you’re working together to ensure you’re providing the level of support your boss needs.  She added that creating a great partnership takes time and effort but if both you and your manager want it to succeed, you will find a way to make it work.

Drawing the day to a close, Paul and our delegates thanked Catherine and Nigel for an insightful and inspiring session, and congratulated all our guests for making the conference an exciting and motivational event!

Launched in 2015, the Today’s PA Conference is an annual two-day event held at a prestigious Central London venue. It gathers together the PA community, and offers high quality educational content as well as outstanding networking opportunities. The Conference attracts over a hundred delegates each year. 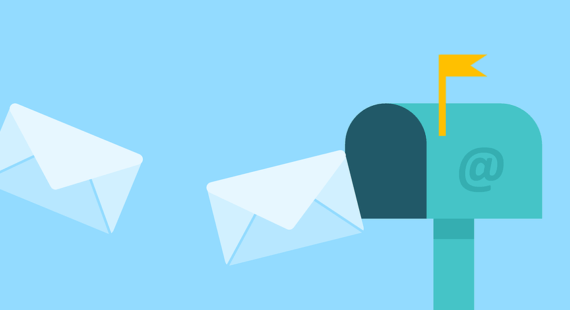 Today’s PA Survey: Managing Your Manager’s Inbox and Your Sanity

Love them or hate them, emails are a quick and convenient way to communicate. But managing the flood of messages streaming in from clients and colleagues can cause problems. For PAs, looking after their managers’ emails as well as their own, it can be a real headache. The best way...
read more 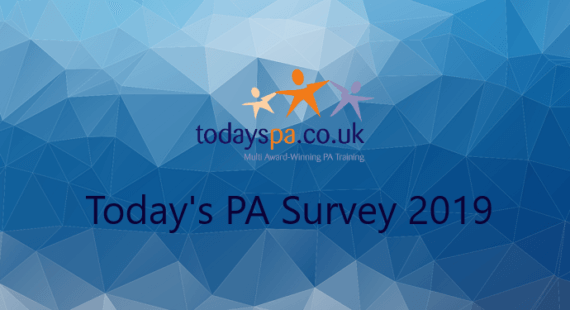 As part of our recent Today’s PA survey, we asked “Which skills do you feel you need to improve most?”. And, as always, our respondents surprised us. Their answers highlight how the PA role is constantly evolving to take advantage of new technologies and new opportunities. But their answers also...
read more 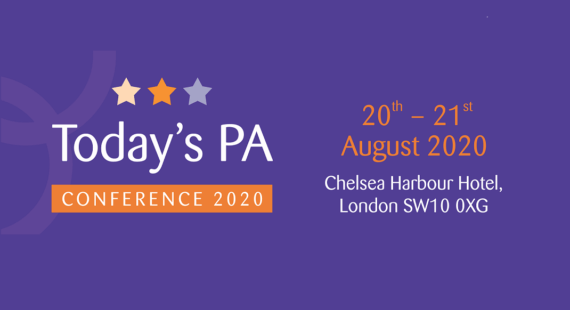 The Today’s PA Conference 2020 has now launched and Early Bird tickets are available! The Conference will take place on 20th – 21st August 2020 in Chelsea, London. This educational event gathers together over a hundred delegates each year and offers high quality educational content as well as outstanding networking...
read more