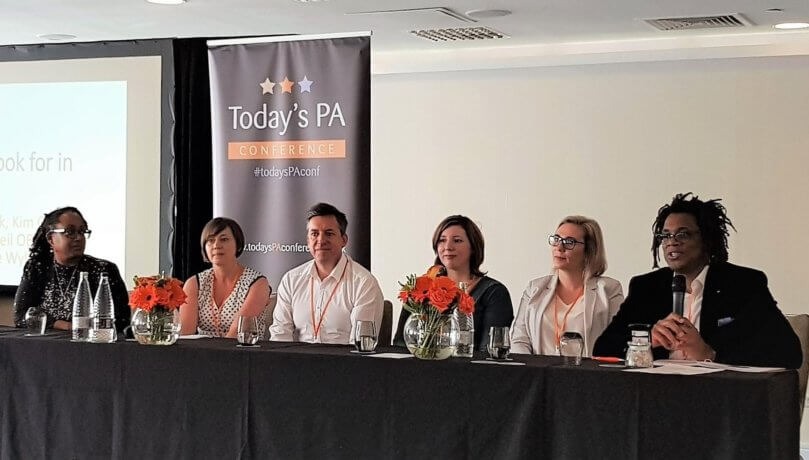 What Leaders Look for in Their PAs 2019

This year’s Today’s PA Conference held in August brought together over 130 PAs and EAs from across the UK and the world. One session eagerly anticipated at the conference was our expert panel discussion on “What Leaders Look for in Their PAs”. We always try to bring together a cross-section of inspiring and motivating speakers. And from your feedback, it looks like we succeed! This year, we welcomed a Head of Department from the Ministry of Justice, an ex-army sergeant (and ex-PA), a multiple entrepreneur, an expert in virtual working, and the founder of the Exeter PA Network.

To get the ball rolling, Paul asked why PAs were still such a vital part of an organisation.   Every few years, a flurry of news stories appears in the papers stating that PAs will soon be replaced by technology.  But rather than heralding the demise of the PA, technology has helped consolidated the role.  PAs have adapted to each change as its occurred and are now taking on work that once would only be done by their bosses.  This has led to PAs and EAs being more in tune with business world than ever before and becoming more of a business assistant, adding value to the work of their boss, team, and organisation as a whole.  Our delegates felt the same way, seeing their role as that of a business assistant or business manager, with presenting, project managing, running events, supervising and even mentoring being a part of their current job description.

So, in the light of this, what did the panel look for when recruiting a PA or business assistant?  It was no surprise that top of the list of priorities for all panellists was trust.  Yvonne Dowie, Head of Race and Minority Ethnic Talent at the Ministry of Justice, felt that trust coupled with integrity was a vital component.  Should the boss and PA not see eye-to-eye, it was important that they could agree to disagree and still work together effectively.

Kim Glover, an experienced EA and founder of the Exeter PA Network, added loyalty to the list.  She felt a sense of loyalty to the boss/team/organisation was essential as managers needed a PA they could rely on to “have their back” – to be on guard at all the time, asking questions, and sometimes having those difficult conversations!

Darren Clark, Director and co-founder of the Spotless Group, believed that empathy and understanding were key.  A PA who was able to empathise with colleagues could massively contribute to the organisation – and help others to do the same.

Caroline Wylie, founder of Virtually Sorted and an expert on virtual/remote working, thought that the ability to communicate well was a fundamental skill in today’s workplace.  With so many people working remotely, and the ever-increasing use of email, text, and other messaging systems, the need to communicate clearly and unambiguously had never been more important.  Sara agreed, saying that even when working in the same office, good communication skills (written and verbal) were essential.

Kim suggested that a good grasp of the commercial world was also needed.  No matter what sector we’re working in, we have to keep an eye on the bottom line and understand how our actions can contribute to that.  This could be anything from proposing an idea in a meeting, helping the business save money, to making your boss a cup of tea while they work on a presentation to a new client.

Asked how the panel worked with their own PAs, Caroline said she relied on her PA to make sure she was doing everything that needed to be done!  Darren said he looked to his PA to help him manage his dyslexia by proofreading blogs and emails, and also to keep him on track with his hectic workload.

Paul suggested that, in his experience, bosses didn’t have enough trust in their PAs.  Sara Harris MBE (ex-military, former PA, and now motivational speaker) said that there must be an element of trust in any boss/PA relationship.  Even if it was a small amount, this was something that both parties could build upon.  The real problem was the complete absence of trust, as without it, there was nothing.  Paul agreed saying that without a level of trust, the relationship would quickly break down and become a liability to the business rather than an asset.

Paul talked about PAs being a manager’s “eyes and ears” in the office.  Kim said that PAs were seen as trusted individuals within the organisation, and so may see or hear things that would not necessarily come to the attention of their boss.  They were in the privileged position of having the ear of a senior manager and could report back on the mood of the department or how the team was feeling about, say, a new policy decision or reorganisation.

Caroline suggested this could be the case even if PAs were working remotely.  By making your first discussion of the day a non-work related chat, you can create those “water cooler” moments, asking colleagues how things were going, just as you would when working in the same office.  Yvonne referred to these as “check in calls” – keeping in regular contact with remote staff to stop them feeling isolated and cut off.  Sara reminded us that, as people respond to people, it’s important to share experiences.  Darren agreed saying that we all need the time to check in with others, and to talk about what’s going on in our lives, both inside and outside work.

Bringing the session to a close, Paul noted that what the panel looked for in a PA was a mix of characteristics, and hard and soft skills that complemented their own.  Both delegates and panellists agreed that this was not only what made a great PA but also made for a highly effective boss/PA relationship.

Launched in 2015, the Today’s PA Conference is an annual two-day event held at a prestigious Central London venue. It gathers together the PA community, and offers high quality educational content as well as outstanding networking opportunities. The Conference attracts over a hundred delegates each year. 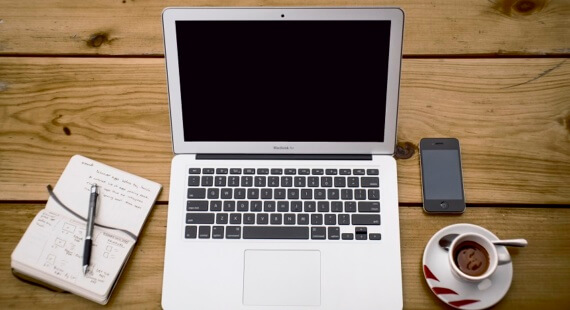 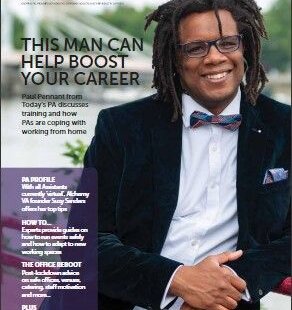 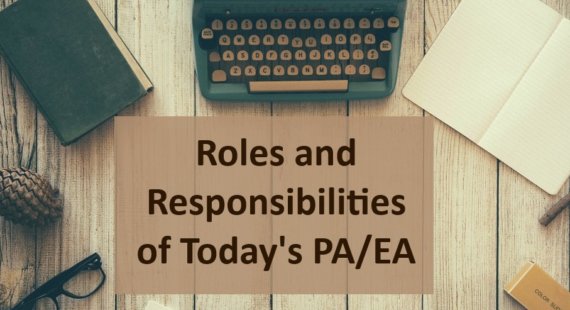